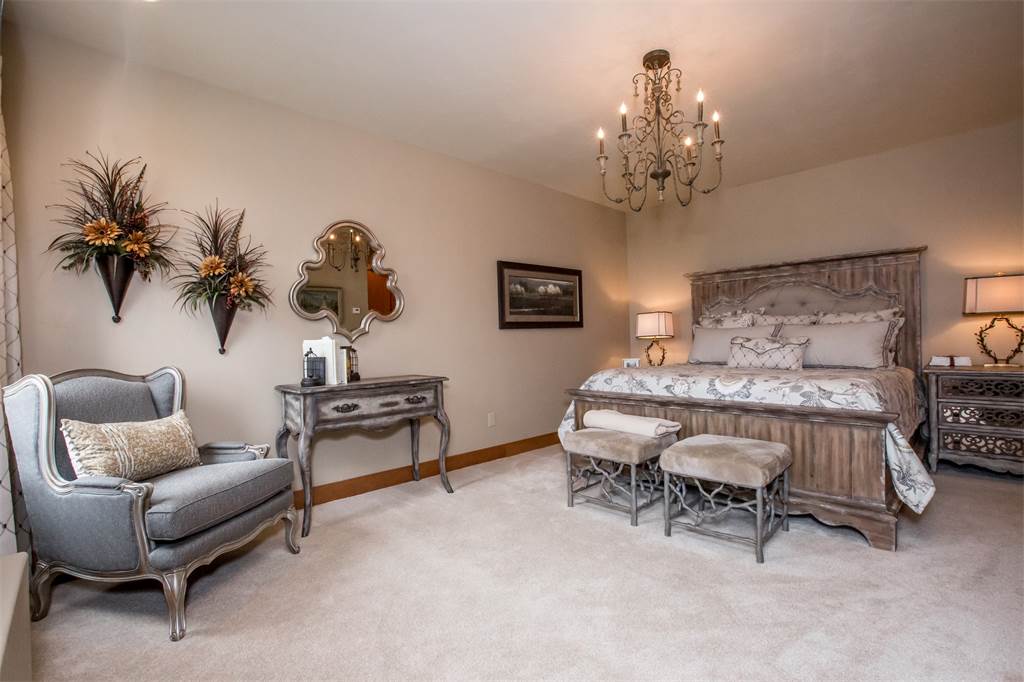 This exquisite home was recipient of the 2015 Parade of Homes “Best Craftsmanship” award and has easy access to the beautiful Stillwater River! This 3,232 Sq Ft masterpiece boasts a gourmet kitchen with all high end appliances ~ Miele, Wolf and Sub-Zero, so it is easy to live a life of luxury and adventure. This home also has an indoor state of the art low maintenance, ozone purification pool and sauna. Located at 155 W Swift Creek Way this is the most pristine home in Silverbrook Estates.  Included within the community is a system of parks including tennis courts, basketball courts and walking paths. A central Club House with a pool and fitness center creates a nice community hub for meeting, reunions, and activities. At this years banquet some of our Glacier Sotheby’s International Realty (GSIR) agents & brokers were present at the record breaking event which raised 1.5 million to go toward a new helicopter!

A.L.E.R.T. air ambulance has saved more than 1,487 lives in its 40-year history. It has flown more than 17,000 missions into some of the most rugged terrain on the continent, bringing injured people safely out of what otherwise could be impossible circumstances.

It’s no wonder the community expresses its gratitude by showing up in force at the annual A.L.E.R.T. Banquet. The benefit for the emergency air transport service is a well established tradition sponsored by the all-volunteer A.L.E.R.T. Advisory Board of Kalispell Regional Healthcare. What happens at the A.L.E.R.T. Banquet?

Typically attracting more than 700 people, the gala event has something for everyone.

Hors d’oeuvres and drinks during the hosted cocktail hour are followed by a scrumptious dinner, with Kalispell Regional Medical Center’s own Nutrition Services catering all the food.

The evening’s program spotlights A.L.E.R.T.’s services and accomplishments of the past year. Those attending hear the story of a life that was saved or a crisis that was alleviated by the efforts of the crew. The patient and flight crew are guests of honor, on hand to give personal testimony to the impact of the air ambulance service.

The Clyde Smith Award is presented to a member of a local Emergency Medical Service or Quick Response Unit. The recipient is chosen from across northwest Montana for his or her dedication, volunteerism and service toward lifesaving efforts in the community. The award is named in honor of Clyde Smith, who put up his business, Smith Logging, as collateral against the original loan that funded the hospital’s purchase of its own helicopter.

For more information about this event & tickets. A new economic analysis, conducted by a transportation authority and an economist, of the massive project is further illustrating the extent of its benefits and punctuating the impact of infrastructure investment.

According to the report, the total economic impact of the U.S. Highway 93 Alternate Route exceeded $1 billion over the life of the project’s construction, which spanned 16 years from 2001 to last fall.

The new highway reshaped the landscape in many ways, particularly on the north end of Kalispell, and the report shows that three major job sectors benefited most from its creation: retail trade (1,477 new jobs), dining (489) and services (490).

From 2001 to 2016, roughly 2 million square feet of new building space surfaced along the bypass route, worth roughly $140 million in project costs, according to city of Kalispell data cited in the report. That new construction investment does not include Glacier High School or expansion projects at Flathead Valley Community College and Kalispell Regional Healthcare.

Ed Toavs, a Columbia Falls native and regional administrator for the Montana Department of Transportation who helped spearhead the bypass construction, conducted the economic analysis with Steve Peterson, an economics professor at the University of Idaho who specializes in economic impact studies.

As part of his Master of Business Administration program at the University of Idaho, Toavs decided to study the ripple effects of the bypass to better understand how it played a role in the Flathead Valley’s economy.

To grasp the breadth of the impact, Toavs gathered data for three factors: the $135 million in state and federal funds that built the bypass; the investment from new business and residential projects along the bypass corridor; and business wages, expenditures and earnings for those new developments.

Toavs said he used a conservative approach when calculating the direct financial benefits. For new construction investments, he included 65 percent of the overall figures in his economic impact report. For the amount of jobs, wages and earnings that likely resulted from new development along the bypass, Toavs included 33 percent of the total figures. It is one of the most famous businesses in the world — a British multinational corporation, headquartered in Manhattan that specializes in everything from wines to watches to Whistlers.

So it’s no surprise that Sotheby’s should launch a luxury real estate company in 1976. Gotta have a place, after all, to display all those treasures. That addition has helped make Sotheby’s one of the largest brokers of, well, stuff on the face of the earth, with 90 locations in 40 countries and art sales alone in the billions.

Not bad for a business that began in 1744 in London as Baker and Leigh. (First auction — several hundred rare books from the library of the baronet John Stanley.) Samuel Baker died in 1778, leaving his estate to partners George Leigh and John Sotheby. They continued as book dealers, even auctioning the library Napoléon took with him into exile on the island of St. Helena. It was the Sotheby family that broadened the auction house’s interest to include prints, medals and coins. Fine art wouldn’t enter the picture until 1913 when the auction house sold a Frans Hals for 9,000 guineas. Four years later, Sotheby’s moved to its present London home, 34-35 New Bond St. The U.S. office, at Bowling Green, wouldn’t follow until 1955.

The 1980s proved a turning point for the company. A sales slump spurred the North American flagship’s 1982 move to 1334 York Ave., now Sotheby’s world headquarters. A group of investors led by developer Alfred Taubman bought the company a year later, privatized it, incorporated it as Sotheby’s Holdings Inc. and then took it public in 1988, making it the oldest company to be traded on the New York Stock Exchange. In 2006, Sotheby’s Holdings Inc. was reincorporated as Sotheby’s.

Over the years, Sotheby’s — whose offerings range from private sales to corporate art and museum services to an Institute of Art that is a graduate school of art and its markets — has had its share of scandals (price-fixing, illegal antiquities) and successes. Nothing has grabbed headlines the way the record breakers do, like the version of Edvard Munch’s “The Scream” that sold at Sotheby’s for almost, yes, $120 million. (Wonder if the guy in the painting is holding his hands to his ears screaming, “Oh, no, someone just paid $120 million for me.”)

For sheer international interest, few sales could top the four-day April 1996 extravaganza that was the auction of Jacqueline Kennedy Onassis’ estate. Everyone from the tabloids to The New York Times to the major networks thronged York Avenue, working their notepads and flip-top phones — this being before the internet took off. The press was roped off to the side of the main auction room, craning and straining to catch the action. The first night ended on a note of high drama as the bids for John F. Kennedy’s humidor — an inaugural gift from comedian Milton Berle — went for an unheard of $520,000 to Marvin R. Shanken, the New Haven-nurtured editor and publisher of Cigar Aficionado magazine.

The whopping and hollering sounded like Yankee Stadium. It probably could’ve been heard at Yankee Stadium and was yet further proof that Sotheby’s is like no other place in the world.

To search for your Montana property or learn more about Glacier Sotheby’s International Really click here. Diane Sine discovered the wonder of Glacier National Park as a child in the 1970s on summer camping trips with her family. During college, she spent her summers working as a singing waitress and playing cello at the Many Glacier Hotel in the era when staff were hired based on music and drama background. She received an internship as a ranger naturalist the summer after graduating from college and returned to the park every summer during her career as a teacher. Now retired, Sine still finds herself in the wilds of Glacier Park as a longtime seasonal ranger. GJ: If you had just one day in Glacier Park, what would you do, whether it’s sightseeing, hiking, riding the Red Buses or participating in a ranger-led program?

Sine: Everyone is different, so there really isn’t one universal experience everyone should have. Just turn off your cell phone — it won’t work most places in the park anyway— breathe deeply of the mountain air, and marvel at the majesty of this place and the fact that our government has valued its citizens enough to protect places like Glacier to be enjoyed by everyone. Of course, if you have a chance to participate in a ranger-led activity, we promise to add even more to your experience.

GJ: Glacier Park has many amazing qualities. What are a few of your favorites? Any that can go unheralded?

Sine: Alpenglow on the mountains in the early morning. Knowing that I’m sharing habitat with wildlife like grizzly bears, wolverines, and lynx even if I don’t see them. The opportunity to get away from roads and buildings and be refreshed by nature. This doesn’t require a long hike; it can be experienced in just a short walk. People know they’ll find natural beauty in Glacier, but a sometimes unheralded part of the park is the historic hotels. The NPS is charged with protecting these historic structures because they give us an opportunity to connect with early visitor experiences and traditions.