This year marks the 75th anniversary of Whitefish Mountain Resort (formerly Big Mountain). We thought it only fitting that we visit with Mike Muldown, son of Whitefish’s Lloyd “Mully” Muldown, who in the 1930s was one of the first to ski down Big Mountain. Mully assisted securing investors to develop the mountain into a ski area, as well as he was one of the first to record snowfall in the area. Here, Mike shares some highlights and memories of growing up with a Whitefish legend. (Editor’s notes in italics.)

In 1904 the main line of the Great Northern Railway that was being constructed from St. Paul, Minnesota, to Seattle, Washington, was moved away from Kalispell as the division point and moved to the north end of the valley. The town of Whitefish was platted and carved out of the woods. By 1905, it boasted 950 residents, many of them railroad workers.

Mike Muldown: My grandparents told me the stories of how Whitefish residents would argue with Kalispell residents as Whitefish was believed to have “stolen” the railroad.

MM: In 1931-35 Mully could be found skiing with his friends at Sampson Mountain (Grouse Mountain) until he finally ventured up the Big Mountain. They didn’t have any roads at the time, so it was hours of trailblazing an uphill climb. Dad and others built the first cabin on the mountain, allowing people to warm up and have shelter, creating the beginning of The Hell-Roaring Ski Club. This club, consisting of 30-40 members, had socials, raised money for young racers, and volunteered at races. Shortly afterward, the Club changed its name to Whitefish Lake Ski Club to appease some townsfolks’ subtle sensibilities. In fact, it has been said that the earlier ski pioneers wanted to name the mountain Hell-Roaring Mountain, but a few key community members woudn’t have it. 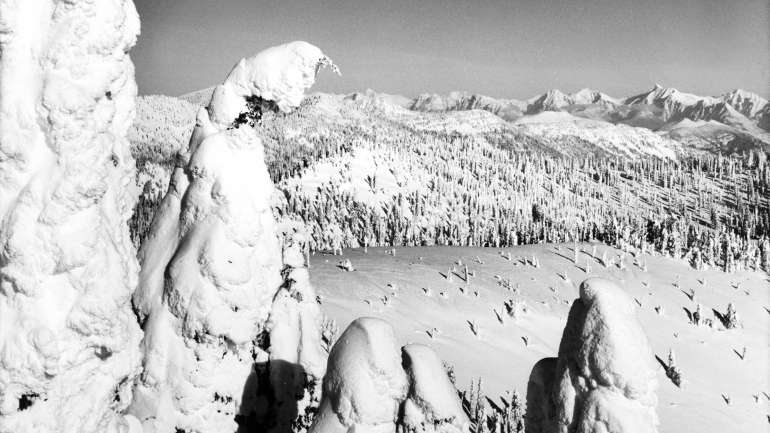 MM: Shortly after WWII ended, my dad went down to Sun Valley, the iconic ski area in North America then. Through that process, he could envision a potential “new Sun Valley” right here in Whitefish.

In March of 1946, “ski experts” took a private train from Minneapolis to Whitefish to inspect this Hell-Roaring skiing country.

MM: They explored the Hell-Roaring terrain, and afterward, they visited Heaven’s Peak in Glacier National Park. The visitors fell in love and decided to solicit the Department of Interior to build a ski area inside GNP, which was denied. Hearing the bigwigs describe Hell-Roaring Mountain as “God-forsaken bush country” left the townspeople of Whitefish feeling very downtrodden.

Mully Muldown was not about to give in and was instrumental in helping to bring Ed Schenck and George Prentice to Whitefish, convincing them that the mountain had potential as a commercial ski area. 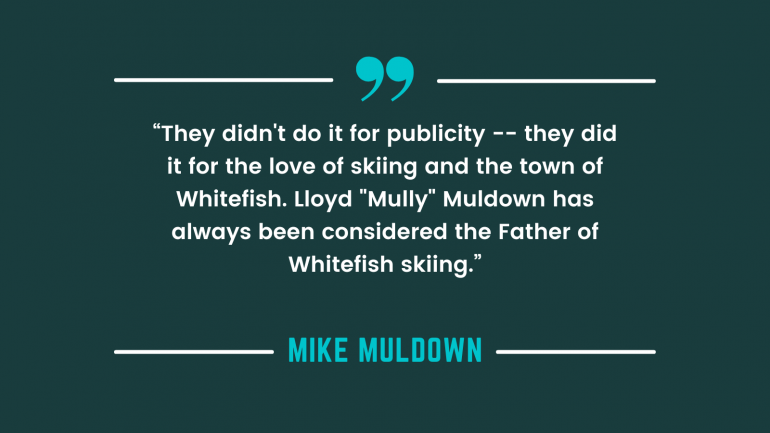 MM: Prentice and Schenck invested in the ski area and matched their investment by selling shares at a town meeting. This was the beginning of Winter Sports Inc. In 1949, we hosted the U.S. Alpine Championship. The weather was absolutely perfect, and somewhere around 4,000 visitors came. In ’51 they made another bid and anxiously wanted to repeat that success of ’49 but faced blizzard conditions, forcing the cancellation of several events. Still, 5,000 visitors came.

Frabert Follies: “Started by Ski Patrol in 1960, this was intended to mark the foolish folly of guests who visited the mountain. Since there weren’t many guests staying at the time, the Frabert Follies award, given every Wednesday at the Bierstube (The Stube), was given to a patrol or staff member for silly, ridiculous behavior. During the winter season after the final run, skiers gather at The Stube, they would announce who the clod was, and the recipient had to accept the award and (in the early days), drink a yard of beer.

The group chants, “Here’s to the skier who skis so fast, who leaps over moguls and falls on his ass.” The Frabert Follies tradition remains.

Furniture Races: “Springtime madness on the mountain. A time-honored event that began in the 1960s to mark the end of the season. Bathtubs, couches, coffins, and chairs all made into improvised sleds on skis, have provided hilarious memories for several decades. I participated in 1970-71 season with four other fellows in a coffin and dressed in black. We did not win, but in 1974 the stunt was repeated by a few local attorneys who crashed through the crowd, injuring a spectator. That was the end of the furniture races for several years.” 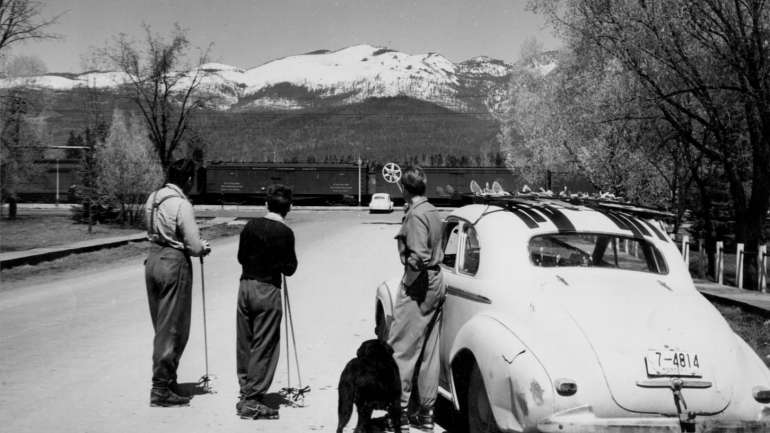 Mike’s Earliest Memories: The Uphill and The Downhill

“My first memory was driving up the Big Mountain Road, which was all dirt. I was probably about 4 years old. They would begin to plow big swaths but eventually, the banks became so tall it turned into a one-lane drive – up and down. I was in the back seat, riding up the mountain with my mother when we crashed head-on into another vehicle. This was way before seatbelts. I still remember that sound.

Once the old T-Bar was operating (Chair 2 now), I would ride up with my dad, and it was a 1,000 vertical foot run. Once we got to the top, Dad would put me on his shoulders with one arm behind my back and the other arm holding his ski poles, and we would ski down the 1,000 vertical foot run.  Remember, this is before grooming, Dad was on 7 ½ foot long skis, and he was only 5’6”.“

Tommy Moe: “I can remember Tommy when he was a small child sitting in the corner of the Patrol shack with his brother. Buck Love (Mary Pat and Buck Love were the original owners of Kandahar Lodge) was a tremendous mentor to Tommy. Moe-Mentum, also known as the North Bowl, was named after this local Gold Medal racer. 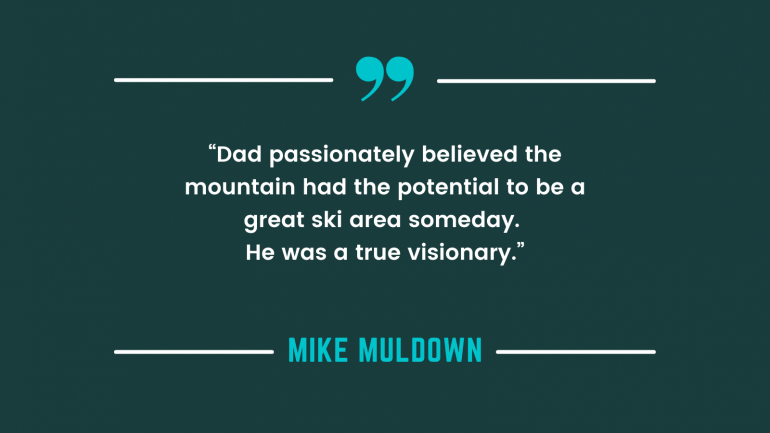 Toni Matt came in 1947-48 to design the downhill (and head the ski school), which is now called Langley Run. In March of 1949, the resort hosted the U.S. Alpine Championships. So, after one year of operating the biggest race in the US, this town had so many gung-ho guys that they went back to St. Paul and bid on it and won it! Toni Matt was probably one of the world’s most famous skiers. In 1939 he became the first person to schussing the headwall at Tuckerman Ravine on Mount Washington, completing the 4,000 vertical foot course in just 6 minutes and 29.2 seconds, reaching top-speed of 85 mph on wooden skis!

Danny On: What a remarkable man. In addition to being a major photographer, he was passionate, adventurous, and a powder hound. This community respected and loved him.”

(The Danny-On Trail that winds nearly four miles from the base area of WMR to the summit is named after this local legend.) 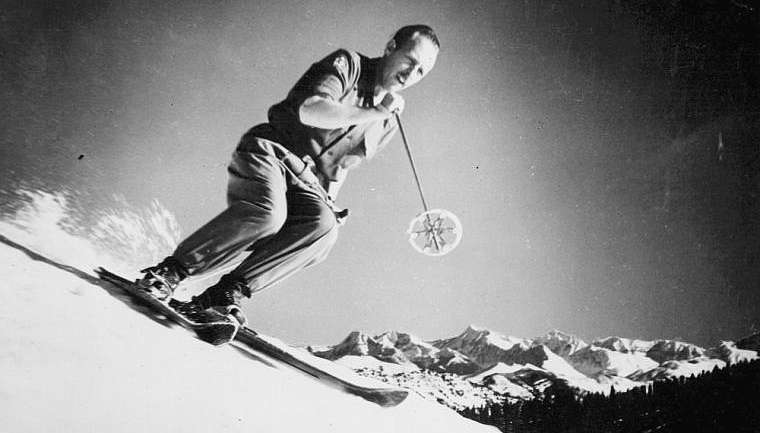 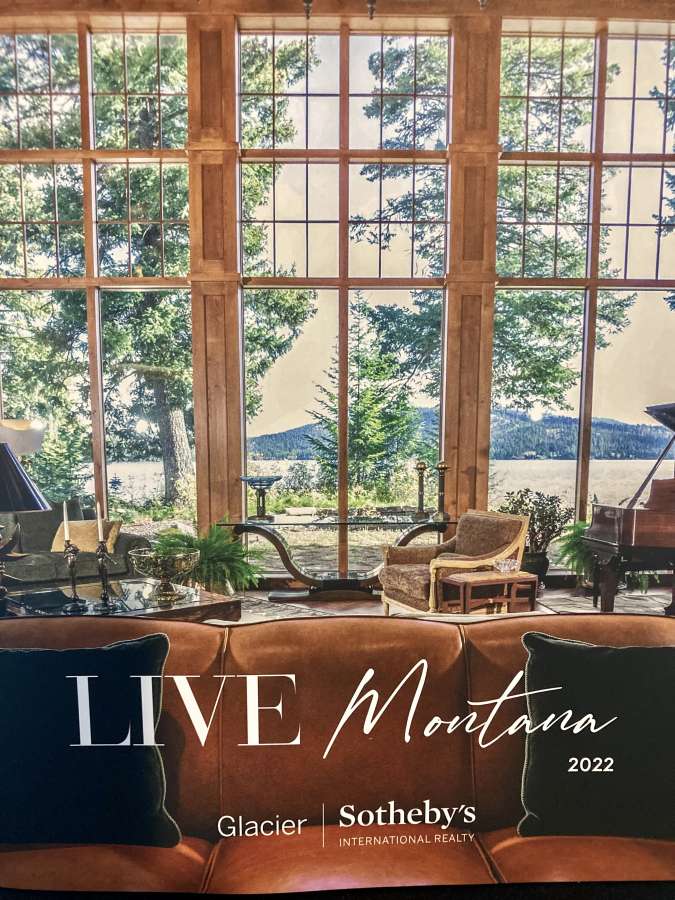 Best Date Nights in the Bitterroot, Missoula, and Flathead Valleys

January: The Ideal Month For A Montana Stay-Cation (A Few Ideas To Inspire You)