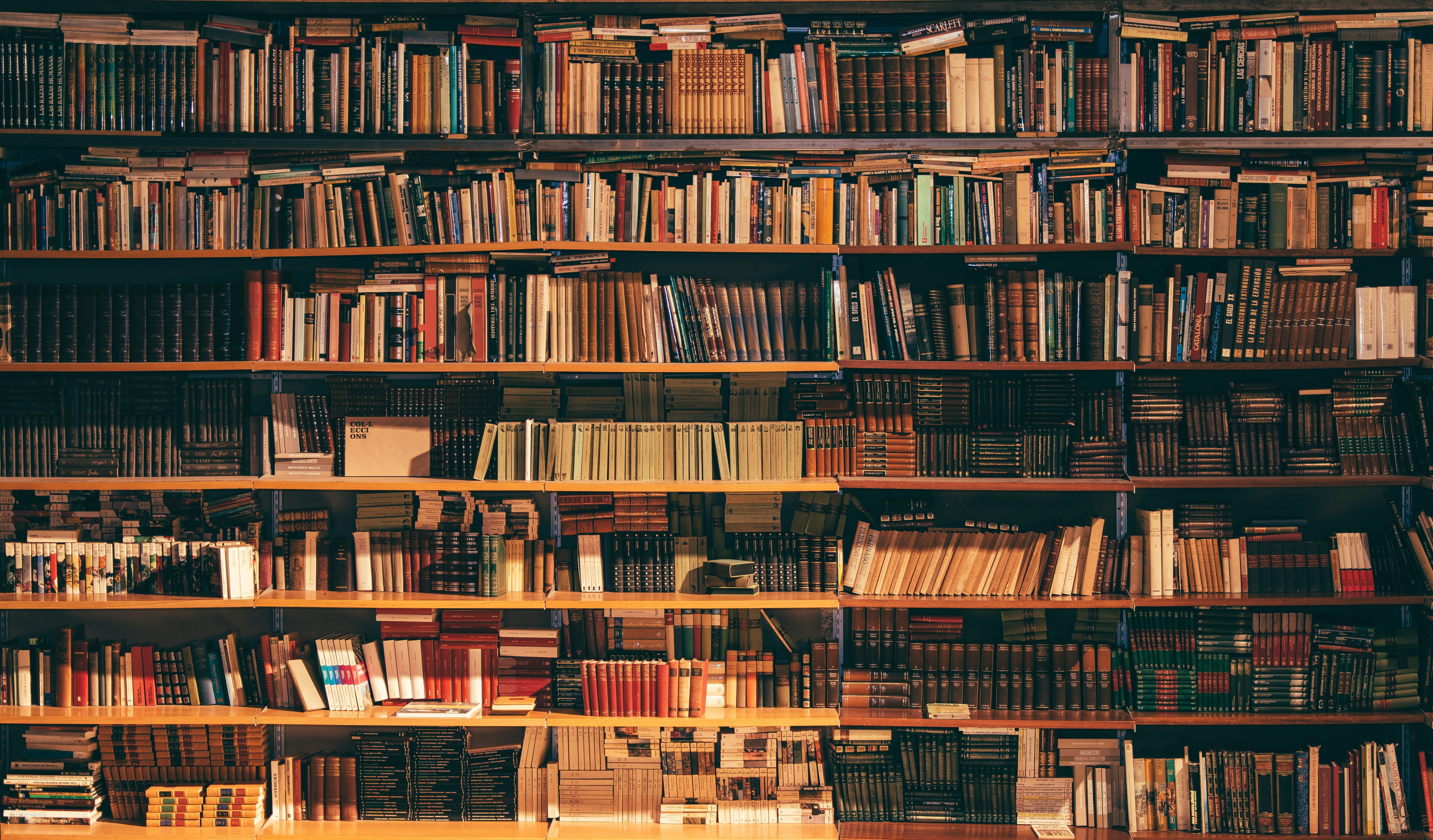 Here’s a roundup of 15 books to read during these shutdown days — a combination of thrillers, relationship dramas, action-packed page-turners, and everything in between. Only two picks are nonfiction, chosen because they celebrate the best that humanity is capable of; the rest are fiction, because let’s face it — these days we could all use a bit of an escape from reality. Happy reading.

“Last Couple Standing”
by Matthew Norman (fiction, Ballantine)
Four couples have been friends since college, getting married and having kids around the same time, as well. Now the divorces have started: Jessica and Mitch are the last ones standing. To ensure that their marriage lasts, they decide to embark on an experiment that involves seeing other people. Spoiler alert: The experiment doesn’t go well.

“The Blaze”
by Chad Dundas (fiction, GP Putnam’s Sons)
Army veteran Matthew Rose has been called back home to settle his father’s affairs after his death. He doesn’t remember much about his past; a traumatic brain injury sustained in Iraq wiped out much of his memory. On his first night back in town, he witnesses a house fire, and it turns out a young man was inside. The incident brings back memories of a different fire — and an important part of his past.

“The Glass Hotel”
by Emily St. John Mandel (fiction, Knopf)
At the remote Hotel Caiette, a 5-star hotel on the coast of Vancouver, a barmaid named Vincent meets a man named Jonathan the same night someone has scrawled “Why don’t you swallow broken glass” on the lobby wall. Vincent will embark on a relationship with Jonathan, though she doesn’t yet know he’s running an international Ponzi scheme. Gorgeous and haunting. The author’s previous book, “Station Eleven,” is also incredible, but as it deals with the aftermath of a global pandemic, it’s perhaps best shelved for happier, healthier times.

“After Me Comes the Flood”
by Sarah Perry (fiction, Custom House)
This is the haunting debut novel by the bestselling author of “The Essex Serpent” and “Melmoth,” written before she became well known. A London bookseller breaks down in his car en route to seeing his brother, and when he goes to a nearby house for help, a woman — and everyone else in the strange house — knows who he is, and has been expecting him.

“A Long Petal of the Sea”
by Isabel Allende (fiction, Ballantine)
An epic novel that follows two people — a young pregnant widow and her brother-in-law — over decades and crossing continents, as they flee the Spanish Civil War to a new life in Chile. To survive, the pair must get married, a union neither desires.

“Victim 2117”
by Jussi Adler-Olsen (fiction, Dutton)
In this newest installment from the bestselling Q series, the death of “Victim 2117” — the 2,117th refugee to die in the Mediterranean Sea — sets off a chain of events in Copenhagen’s cold-cases division.

“The Red Lotus”
by Chris Bohjalian (fiction, Doubleday)
A couple goes on a bike tour in Vietnam, but only one comes home: The man, Austin, vanishes one night on the road, leaving only a pack of yellow energy gel in his wake. As his girlfriend Alexis struggles to put together the pieces back home, she uncovers a trail of lies — and realizes she may not have known Austin very well at all. Pretty much everything Bohjalian writes is addictive, so when you’re done with this, check out “The Flight Attendant,” among others.

“The Holdout”
by Graham Moore (fiction, Random House)
It was the most famous trial of the decade: A billionaire’s daughter vanished on the way to school, her teacher named a suspect in her murder. One juror, Maya Seale, was convinced of the teacher’s innocence, and succeeded in getting her peers to return a not-guilty verdict. Ten years later, a TV show reassembles the jury for a reunion, but one of the jurors is found dead — in Maya’s hotel room.

“My Dark Vanessa”
by Kate Elizabeth Russell (fiction, William Morrow)
Jacob Strane, a high-school English teacher, has just been accused of sexual abuse by a former student. It isn’t the first time. The student reaches out to Vanessa Wye, a young woman with a similar experience with Strane when she was 15. When she gets the message, Vanessa has to make a choice: Stay silent — she believes their relationship was consensual — or take a painful look at her past. One of the biggest releases of the season.

“Oona Out of Order”
by Margarita Montimore (fiction, Flatiron)
On New Year’s Eve 1982, Oona is just about to turn 19, her whole life ahead of her. But then she wakes up and she’s . . . 51 and wondering what the hell just happened. As she grapples with this strange new world, she discovers it’s going to happen every New Year’s Eve: She’ll be transported to a different year in her life (which sounds pretty appealing right now, doesn’t it?)

“One Minute Out” (Gray Man Book 9)
by Mark Greaney (fiction, Berkley)
A high-stakes thriller about a human-trafficking ring that stretches from the Balkans all the way to Hollywood. When Court Gentry tries to shut it down, his CIA handlers have other plans: The criminal ringleader has information about a terrorist attack on American soil, and nothing will happen until the CIA has that intel.

“Long Bright River”
by Liz Moore (fiction, Riverhead Books)
Kacey and Mickey are once-inseparable sisters living in a Philadelphia neighborhood ravaged by the opioid crisis. Kacey is an addict who lives on the streets; Mickey is a beat cop. When Kacey disappears at the same time that a string of murders terrorizes the area, Mickey becomes desperate to find her sister — and the culprit.

“Dear Edward”
by Ann Napolitano (fiction, The Dial Press)
Twelve-year-old Edward is the sole survivor of a plane crash that killed his parents, his older brother and 183 other passengers. As he struggles to adjust to life with his aunt and uncle as the public face of a shocking national tragedy, he tries to navigate a world in which nothing feels certain. Trust me on this one: While it deals with a plane crash, it’s really a celebration of life and feeling connected to other people.

“The Splendid and the Vile: A Saga of Churchill, Family and Defiance During the Blitz”
by Erik Larson (nonfiction, Crown)
If ever there was a time to be inspired by the fortitude of the human spirit, it’s now. Author of “The Devil in the White City” and “In the Garden of the Beasts,” Erik Larson weaves a fascinating yarn out of every topic he turns his attention to, and his latest book — a terribly moving tale of Blitz London and Churchill’s campaign to persuade the United States to enter the war — is no exception. Exquisitely researched and described, this tome brings that difficult time period and its players to life.

“Voyage of Mercy: The USS Jamestown, the Irish Famine, and the Remarkable Story of America’s First Humanitarian Mission”
by Stephen Puleo (nonfiction, St. Martin’s Press)
Thousands of ships left Ireland during the Potato Famine in the 1840s, packed with poor and starving crowds fleeing their homeland for the promise of the United States. One ship, the USS Jamestown, headed from Boston in the other direction, loaded with food for the Irish. It was the first humanitarian mission by the United States — prior to it, the idea of nations helping each other was not considered — and it set the precedent for many more such efforts to come. A moving historic tribute.

Source: The 15 best books to read in our age of social isolation, New York Post