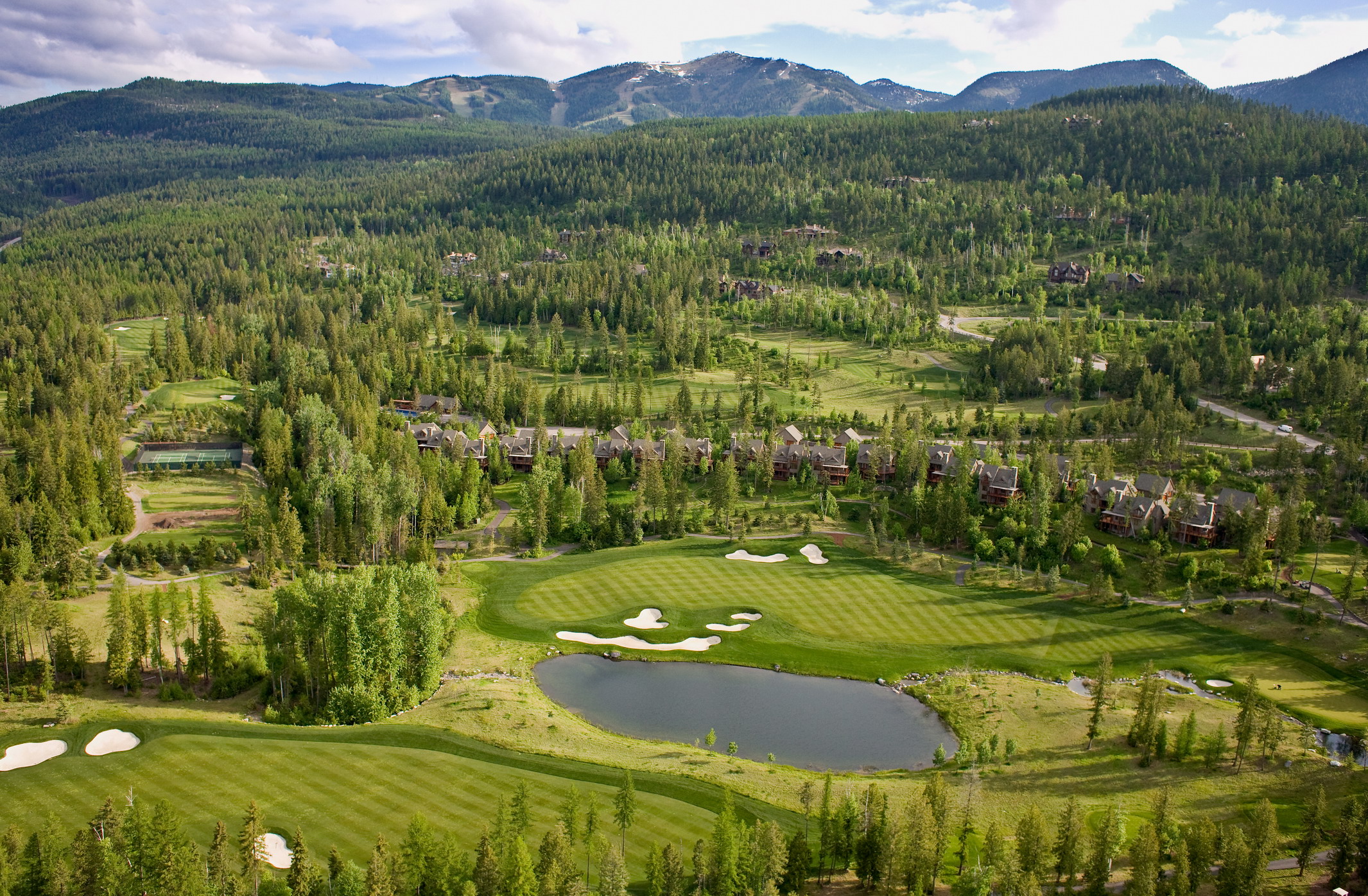 Iron Horse Golf Community, a private residential club community in a Rocky Mountain Resort town of Whitefish, or simply put “outdoor heaven.” If you are an outdoor enthusiast Iron Horse has it all! Golf, skiing, lake sports, biking, hiking, running, fishing, hunting rafting, you name it. Overlooking the Flathead Valley and Whitefish Lake, the views are magnificent. The community rests in the midst of 820 secluded acres of stunning old growth forest for its year round residential community. Iron Horse prides itself on its Tom Fazio designed 18-hole golf course. The course consists of bluegrass fairways and smooth bent grass greens that weave through a forest of Fir and Tamarack trees. The golf course stretches to 7,028 yards from the championship tees or 4,795 yards from the front tees. Our Par 71 course features five tee boxes per hole, ensuring a playable yet challenging course for golfers of all abilities. The club also offers a first-class practice facility. Sitting Above The 8th Green Of Iron Horse Golf Club

Beautifully finished and attention to detail in this 4 bedroom, 4.5 bath executive home. Sitting above the 8th green of the Iron Horse Golf Club, this home is surrounded by lush vegetation giving a very private feel yet close to all the club amenities. Outdoor covered and uncovered deck areas. Additional private room above the garage could be utilized as an additional bedroom, apartment, home office, bunkroom or media room. Fireplaces, sitting areas, wet bar and open floor plan add to the special features. Purchase includes furniture with exclusion list provided by seller.

Search all of our exceptional Golf properties here! 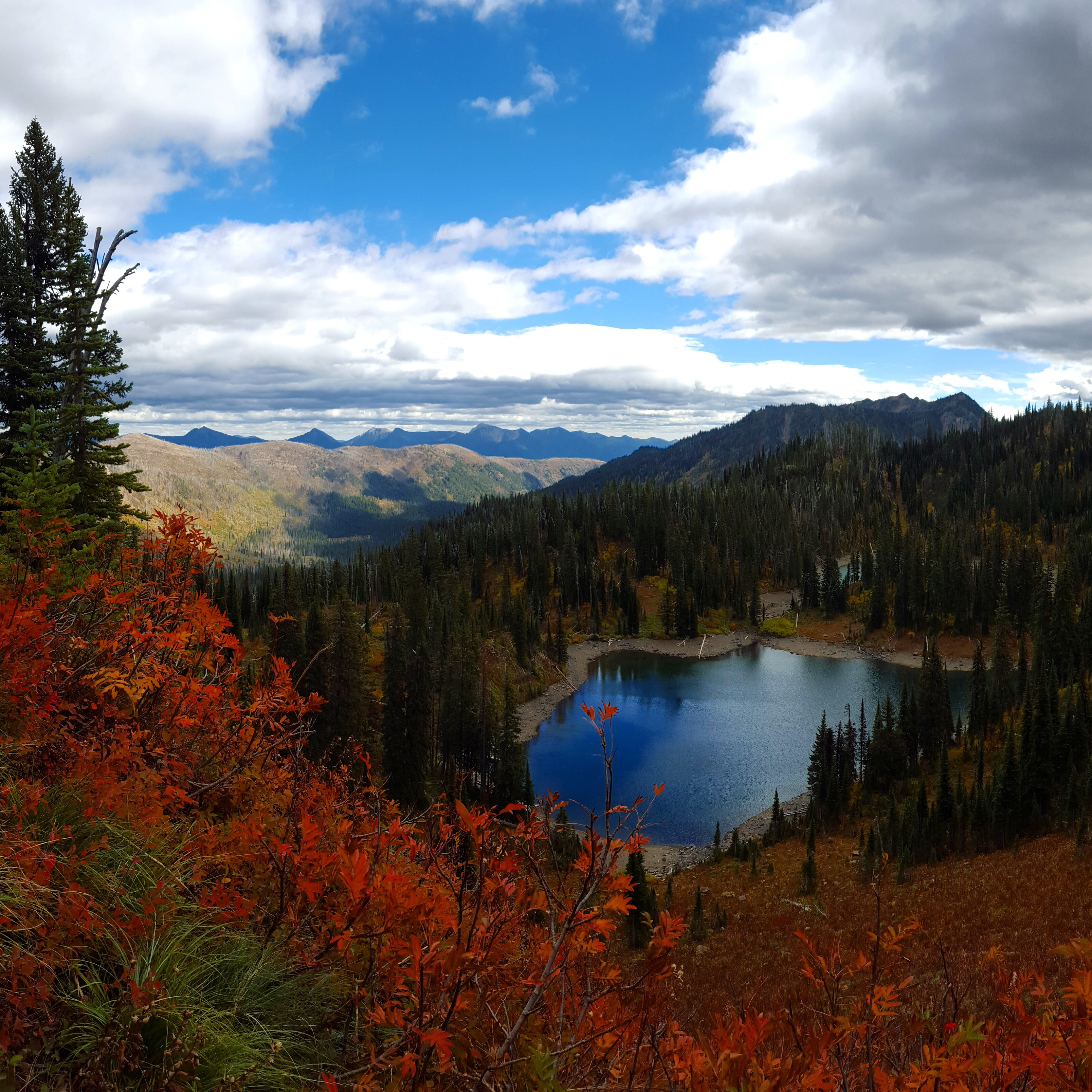 Jewel Basin Hiking Area is, as its name suggests, a hiker’s paradise. Not only does it clock in at a whopping 15,349 acres, but all forms of motorized traffic, bikes, and horses are prohibited. All you’re left with is your feet, the trails, the wildflowers, and endless jaw-dropping views.

Jewel Basin is also an angler’s and a backpacker’s paradise. With over 20 lakes, the fishing opportunities are abundant, and westslope cutthroat trout fishing is particularly good. Furthermore, camping permits are not required, allowing respectful campers to set up shop wherever they so choose. Many of the peaks in Jewel Basin are unnamed and require scrambling and bushwhacking to summit. Mount Aeneas offers beautiful views of the southwest portion of Glacier National Park and the northern part of the Bob Marshall Wilderness.

How to get there: Primary access is via Camp Misery, which can be reached from Forest Service Road 5392 east of Echo Lake. Jewel Basin can also be reached via Westside Hungry Horse Reservoir Road #895, which leads to trailheads in Wounded Buck, Clayton, Graves, or Wheeler Creeks. Questions? Call (406) 387-3800 or visit the highly informative website http://www.summitpost.org/jewel-basin-mt/448116. 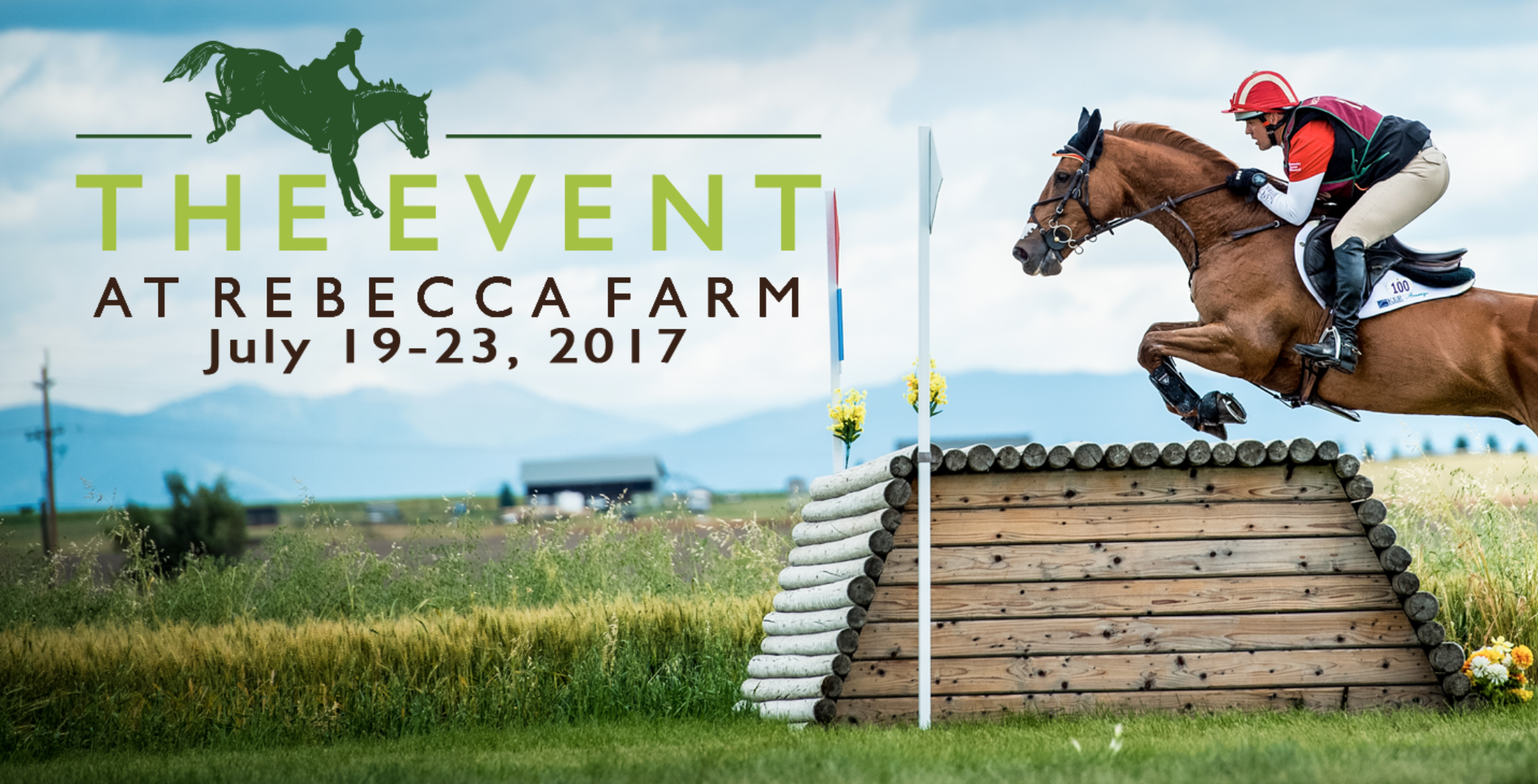 The Event at Rebecca Farm started with a dedicated crew of local eventers who loved the local venue, Herron Park, but knew that more was possible. The inaugural competition in 2002 put Rebecca Farm on the map. It was a huge success with over 150 competitors. In 2004, The Event became a USEF (United States Equestrian Federation) and USEA (United States Eventing Association) recognized Gold Cup Series and a Fédération Equestre Internationale (FEI) World Cup eventing competition. Now, The Event runs almost 600 horses over 4 days of competition creating a $4.4 million economic impact to the local area.

International equestrians observe that Rebecca Farm’s unique course—which adorns each jump and obstacle with artistry—stands out among world venues. The beauty of the course has blossomed over the past decade thanks to a dedicated staff, including course builders Bert Wood and Matt Langliers.

Rebecca Broussard, a visionary in the world of Equestrian Eventing, died on Dec. 24, 2010 after a brave battle with cancer. Friends and family gathered on Christmas to honor her life, while public celebrations of her legacy will be planned at equestrian competitions this summer.

Becky had long talked about her love of helping riders in the West compete on the world stage and her vision included the historic possibilities of bringing riders from Europe to Montana in the future. In 2010 she helped organize an historic flight of 18 horses from the East Coast, including many Olympians, who competed at her namesake Event.

In Becky’s memory, the Broussard family launched The Rebecca Broussard International Developing Rider Grant in 2011, offering an unprecedented $250,000 fund through the United States Eventing Association Endowment Trust that will, over the following five years, offer an annual $50,000 training and competition grant to developing riders who are successfully competing at the advanced level. The grant represents the fulfillment of Becky’s desire to help riders achieve the goal of representing the U.S. in international team competition.

“My mom touched the Eventing careers of so many riders,” said her daughter, Sarah Broussard. “She will truly be missed, but she has left behind a legacy that will live on forever. Not only at The Event at Rebecca Farm, but through all of the lives that she has touched that will keep her and her memory alive. Glacier Sotheby’s International Realty agent Megan Twohig will have a booth at this years event & be doing a drawing for a Pendleton “Glacier” blanket. Stop in and see her, learn more about our eclectic equestrian and ranch properties & enter to win! Search equestrian, ranch & land properties in Montana.

Click HERE for all event details/schedule and visitors guide! 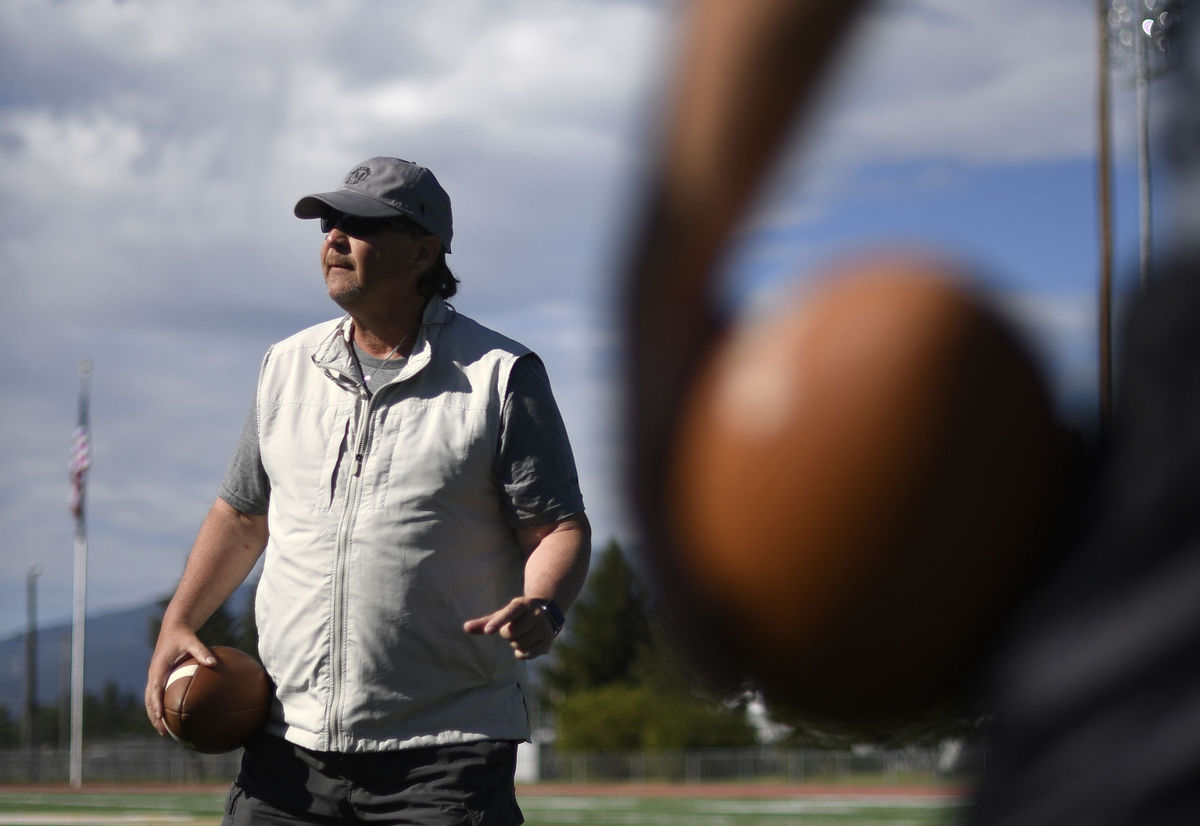 In between quarterbacking drills on Tuesday, former Griz great and current Baltimore Ravens offensive coordinator Marty Mornhinweg had a challenge for his high school signal callers.

He wanted to see what tricks they could do with the football.

The prep athletes, decked out from head to toe in Adidas-provided camp gear, responded with their rendition. Footballs promptly scattered over the sprint-turf field at Missoula County Public Stadium.

It was a brief break at Mornhinweg’s Camp Marty Quarterback School, where QB’s from Missoula’s Class AA schools and Class B Loyola Sacred Heart worked on the finer points of quarterbacking from a coach who knows a thing or two about being under center.

The masses might know Mornhinweg for his fateful two-year stint as head coach of the Detroit Lions among his otherwise successful 24 years in the NFL as a quarterbacks coach and offensive coordinator.

As a junior in the 1982 season, he helped guide the Grizzlies to the NCAA Division I-AA playoffs and Montana’s only Big Sky Conference title between 1970 and 1993. After the four-year starter graduated, the school record books read “Mornhinweg” next to career passing touchdowns, passing yards, completions, attempts and completion percentage.

It’s no wonder the NFL OC and his wife, Lindsay, love it here, too. 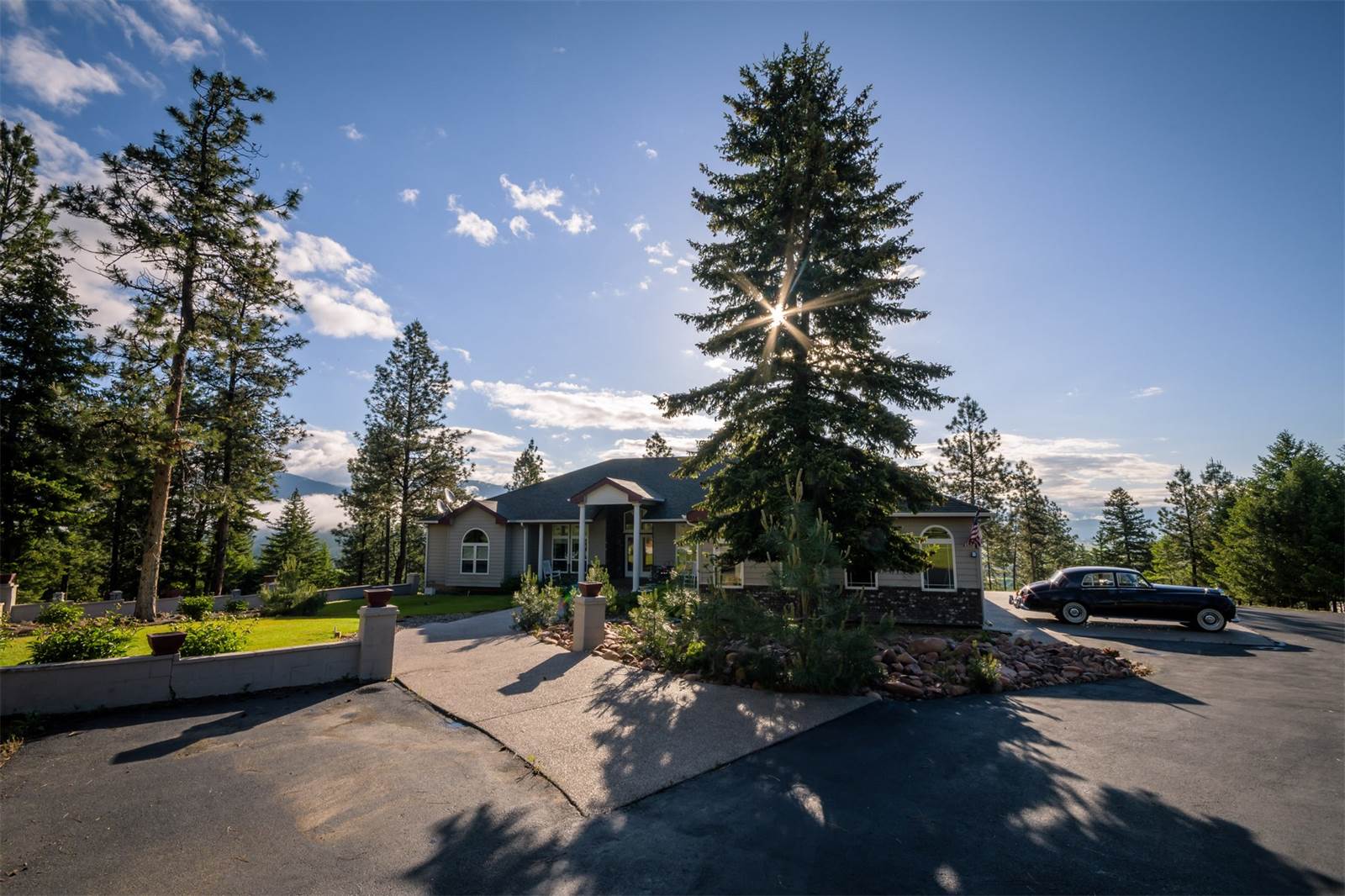 Bill Jones owner of BCD Construction built & designed this elegant home in Huson, Montana in 2002 as a final project before retiring. This custom 5 bedroom, 3.5 bath home offers the best of both worlds. Quiet and private with amazing views and wildlife, yet only a 20 minute, paved drive to city life in Missoula. This home features the ultimate floor plan. The entire 6,500 SF house faces out overlooking the pastoral valley, mountains and the Clark Fork River below. Enter into the large entryway and formal living room, highlighted by light flowing in through the floor to ceiling windows. An elegant formal dining completes the space. The large, gourmet kitchen features granite countertops, stainless appliances and beautiful cabinetry.Built for comfort and entertaining, the kitchen opens into an informal living room featuring a gas fire place, breakfast bar/island, dining area and deck access. A favorite feature is the sunroom, perfect for enjoying coffee while soaking in the views.

“It is quiet & very relaxing. The view of the valley is magnificent.” – Owner Quote The main floor master suite is large, open and walks out onto the deck. The bathroom focal point is a step-up Jacuzzi tub surrounded by windows. The main floor is complete with a second bedroom and bathroom, office, large laundry room and powder room. The walk-out lower level was made for entertaining with a full custom bar, living room, dance floor and fire place. Additionally, there are two bedrooms, a bathroom and a large office and library with built in book shelves. The lower level has abundant light and views. In addition to the attached three car garage there is a 1560 SF shop with electricity, heat and a bathroom. There is a huge deck on the house, perfect for entertaining or wildlife viewing. There is room for an RV and all of your toys. Elk and other wildlife frequent the property regularly and river access is minutes away, making this an outdoor paradise.